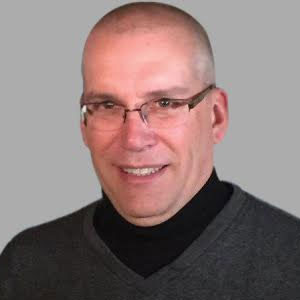 The football game is tied with only minutes left in the last quarter. The home team has the ball and you’re on the edge of your seat waiting to see if the running back got the first down. The yellow line pops on the screen and shows while a close call, it was in fact a first down. That familiar yellow line is augmented reality, a computer-generated imagery, integrated into the real images from the field. Let’s us explore, explain and entertain augmented reality in entirely new ways. Augmented reality is transforming the broadcast industry and it couldn’t have come at a better time.

Nielsen reports that between 2011 and 2015 TV viewership dropped 30 percent for teens between 12 to 17, 23.8 percent for those between 25 to 34, and 10.7 percent for those 35 to 49, which leaves a quickly aging population as the only stable TV audience. And for those that are watching television, they are heavily distracted. The 9th Edition of the Digital Democracy Survey by Deloitte shows a full 90 percent of consumers are multi-tasking while watching TV. An aging core population, slowing consumption by everyone else and a distracted audience can be a terrifying reality for an industry that makes its money selling advertising to their audience. Luckily, it’s not all bad news. Broadcasters can deliver local context, which their audience can’t get anywhere else.

To capitalize on this context, broadcasters need to create an environment where:

• New audiences create a daily habit of tuning in; be it on their mobile device or connected to the television.
• Viewers tune in for one segment and stay for another.
• The audience is engrossed in weather & traffic storytelling techniques that have a unique experience, when delivered on the TV big screen.

Augmented reality can deliver on these goals by immersing the audience in a new kind of storytelling. A panel research study conducted by The Weather Company confirms segments that feature augmented reality are more engaging and keep viewers tuned in more than standard broadcasts.

In 2000 the average attention span was 12 seconds. Since 2000 mobile devices have played a critical role in reducing our attentiveness even further. A study, sponsored by Microsoft, found that the average attention span has dropped from 12 to a mere 8 seconds. Despite our human instinct for distraction centuries of evolutionary training has taught our brains to filter what’s important from all the noise that surrounds us in our daily lives. Those filters are based on four critical considerations and when mastered, help us attract attention.

• Most of the information our brain senses is through our eyes. Some claim it’s as much as 90 percent of what our brain processes. Television is a visual medium that can take full advantage of augmented reality.
• Evolutionary survival skills have taught the human brain to pay attention to movement. When we catch something out of the corner of our eye it’s in our DNA to pay attention. Augmented reality maximizes the use of movement to draw attention to the broadcaster even when viewers are distracted by a second device.
• Our brains crave surprise. When something unanticipated appears on the screen our brain responds.
• Facts and figures are difficult for humans to recall, but emotions get our interest. Augmented reality helps broadcasts to tell stories and provide insights, not just relay information.

These four factors do more than catch our attention, they also affect our memory. Information shared visually is recalled significantly more effectively than that information, which was transmitted by text or verbally alone.

When building augmented reality into a station’s broadcast it’s important to keep these considerations in mind:

Augmented reality, not only retains audiences, but also provides new ways to monetize the broadcast. In the classic movie E.T. Reese’s Pieces are used to lure the shy creature from its hiding spot. The use of this candy was not a coincidence but part of an advertising campaign and is a technique called product placement. Augmented reality allows us to leverage the same technique in the daily news, traffic and weather forecast. And that’s important progress for advertisers who must battle against ad skipping technologies.

With augmented reality, advertisers can sponsor graphics or even animated scenes providing another way to capture the attention of the audience. Think of it as the new generation of product placement that is highly contextual and dynamic. Bottom line, augmented reality is a critical next step in broadcast journalism. It has the potential to entice and engage in new ways that build a tighter bond between broadcasters and the audience.

Cloud At The Edge

Edge Computing - Where Does It Fit Today And Tomorrow!

The Evolution of Digital Banking Landscape in Indonesia