Five Misconceptions about HoloLens Which are Restricting its Adoption in Enterprises 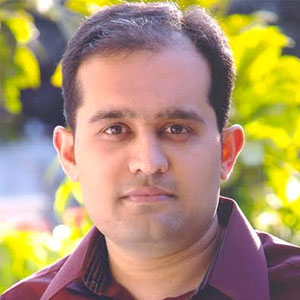 HoloLens has been available for over a year now and many enterprises are in the process of adopting it or are exploring use cases related to it. However, there are also several misconceptions and myths regarding the device and the applications that it can support. This has led many companies to create plans for HoloLens applications that later on prove to be impractical, too expensive or simply not possible.

Here are the five most common misconceptions about HoloLens:

1. HoloLens Can Carry Out Object Identification

This is the biggest misconception regarding HoloLens’ capabilities. HoloLens does not have any in-built object identification capability. This is because it cannot take measurements of a particular object or automatically create 3D virtual objects by just “looking” at it.

2. HoloLens is Just Another AR Headset

Many in the business community believe that HoloLens is just another augmented reality headset with a different name. It is actually much more advanced compared to other AR headsets in terms of capabilities. No AR device in the market today can create 3D virtual objects the way HoloLens can. This fact alone puts it miles ahead of other AR headsets. Its other strength is that it is a standalone computer in its own right. HoloLens does not have to be tethered to the PC or paired with a smartphone to operate unlike most of the AR/VR devices in the market.

3. Not Safe for Industrial Use

The initial versions of HoloLens did not meet certain industrial safety standards. This has led many to label the device unfit for heavy industry usage or on the manufacturing floor. This is no longer the case. HoloLens now meets the basic impact protection requirements of ANSI Z87.1, CSA Z94.3 and EN 166. These are the impact tests for protective eyewear standards in North America and Europe.

4. It is a Consumer Centric Device

Many businesses are still not convinced of the practicality of developing HoloLens applications, partially because of the costs involved.

Nothing could be further from the truth. Developing a HoloLens application is certainly more expensive than developing a mobile based AR application but the payoff is immediate and much better. Now there are some HoloLens applications in the market that are meant more for a public relations purpose than for solving a real world problem. Air New Zealand’s HoloLens app for flight attendants comes to mind. Using HoloLens to detect the emotion of passengers seems like a solution in search of a problem.

But for architects, realtors, construction professionals and product designers there is no other device in the market that allows them to visualize their drawings in a holographic format other than HoloLens.

It is also not a consumer centric device since Microsoft is only selling it to developers and for commercial use right now. You may be able to get your hands on HoloLens for personal use by buying it through your company but Microsoft is promoting the device only to enterprises. There is no hype surrounding it the way Google did with its Glass device. So drawing parallels between the two is incorrect.

Developing a virtual reality application may be cheaper, but it is certainly not better in all the scenarios. While VR applications make sense for entertainment or gaming purposes, when it comes to industrial uses such as training on heavy equipment, prototype design and use in the architecture, construction or real estate industries, HoloLens’ mixed reality is better suited for the job.

There are realtors who are using VR devices to give virtual tours of their properties to potential buyers. But the shortcoming with this approach is that either the property has to be ready or if it is a virtual property then the interactions possible with it are limited to just zoom in, zoom out and a few other actions.

Teleworking and the security risks of freemium messaging apps

A Brief Overview Of Revenue Management Systems In Hotels Today –...

A Front-End Preventive Approach To The Revenue Cycle Contributes To A...