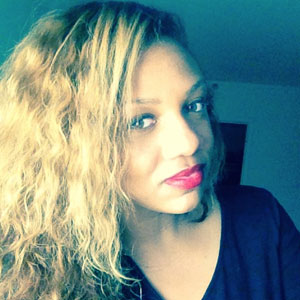 About a decade ago, I was introduced to the idea of textile technology while working on a “High-tech fashion” concept in Paris, France. The idea was to create high-tech fashion garments with heated panels for warmth and removable parts to enable a cooling flow of air. As the research continued, I found out that textile giants such as DuPont, were simultaneously testing textiles on the market that would change our lives forever. Anti microbial properties in active wear spandex, micro encapsulation of Vitamin E for hosiery and special weaves and surface treatments that would give fabrics more thermal capabilities, likely for our unexpected climate changes.

"Our studies show that the next biggest thing in fashion and tech, serves the retail space instead of robotic"

When I learned of the new textile innovations, I knew I was on the right path and that garments with super powers were no longer light years away. Methodically, I planned the next decade for Dindi Design, confirming that textile technology would be the next big thing and it would be our focus. At the same time, friends and colleagues asked repetitiously, “What is that thing in your hand?” And I would say, “An iPod.”

At Dindi Design, our major role in the Fashion Industry is to predict apparel and consumer trends. In 2005, we summed up that the most important takeaway from our textile research (heat tech, anti-fungal, anti- wrinkle textiles) was that active wear would be the most important category in about 7 years. All of the innovation we saw was focused on making clothes easier to “live” in; because who didn’t want clothes that you no longer had to iron? Till date, our main focus has been on active wear. All of our clients are brands in the active lifestyle and sport categories: tennis, squash, cycling and golf. If someone asked us to design products based on natural fibers alone, we’d ask “Why wouldn’t you want your garments to have as many functions as possible?” We configure apparel the way we configure our personal gadgets, adding new apps and customizing wall papers.

Personally, I’ve been a “Techie” since the 80’s, so when the iPod was created, I knew I had to have one. I had the only mp3 phone that was on the market in 2004 and it had limited capabilities. I also had a

palm pilot to organize my life. Before all of that, I had a 2 way messenger so that I could text my friends, rather than call them because none of them had cell phones anyway.

In 2008, we all saw a shift in the economy. The fashion industry was hard hit. Thankfully since we were focused on active wear and technology, Dindi Design prevailed. All of our clients wanted active lifestyle trends and designs; thankfully we had already done the research and were ready to spew out designs. But, they also wanted them fast. We then implemented our high-tech design lab. We only make apparel patterns using CAD, bending over a table with pencil and pattern paper is a thing of the past. Our sourcing, meetings and purchasing all started to take place online. We also diverted our manufacturing from the New York City garment district to the high tech factories of Asia. Some call it outsourcing, we call it being efficient.

Our studies show that the next biggest thing in fashion and tech, serves the retail space instead of robotic clothes. The question at the 2014 NRF Retail show was, in what ways can brick and mortar become as interesting as a smart phone? Retailers like Topshop and Sephora are doing a great job at solving this problem for their loyal customers with gadgets like life sized tablets that superimpose outfits and scent smelling stations. In SoHo early this summer, Kate Spade put a life size tablet on the outside brick wall, and it wasn’t just novel to shop, it was spontaneous and much cooler than entering a store. In a way, the consumer was entering their tablet, crossing the proverbial line of reality and the World Wide Web. An onlooker would actually be looking at a real life experience of augmented reality, if that even makes literal sense.

While we worked on the fashion game app, we gathered data from the users. Let’s just say that the most popular items that were shopped from the mobile device were “One size fits all”. One never needs to return a handbag because it doesn’t fit. Accessories are the next category to be popular, thanks to the fantastic screen “Real estate” that it can fill. Bracelets, rings, scarves, iPod cases, socks, the list goes on. They look great on a smart phone, almost like candy. When companies ask how they can maximize engagement on a mobile device, we say, “Showcase your accessories that almost anyone can fall in love with first.”

Rent the Runway is genius. They have totally revolutionized shopping for gowns because, as we have understood, active wear is now lifestyle apparel, not tea dresses and gowns. So what does that mean for gowns? It means a consumer won’t spend thousands for a onetime event. Rent the Runway allows for one to rent a dress online and even see past renters wearing the dresses. Rent the Runway has real life, everyday models on their site. Of course, the consumer doesn’t see it that way.

The internet has given retail the ability to transform minute by minute thus giving the consumer infinite choices. Retail on a mobile device gives retailers the ability to engage a consumer on a much deeper level. When a consumer goes into a retailer’s app, they aren’t going into the malls of the World Wide Web; they are going into that special little place where they find what works just for them.

The trickle down effect is that, retailers and designers are planning, designing and merchandising based on consumer engagement on tablets and smart phones. We have seen the couture and even special occasion businesses on a steep decline. Shopping for a gown online is just too risky, but renting one, well that’s a different story.

Looking Beyond the Digital Front Door

Leading to compete in the digital world