VR/AR Are Not Future Tech - They're Already Reshaping The World 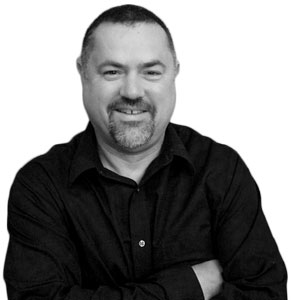 I’m a VR/AR guy — it’s in my title, it’s my passion and it’s what I spend every day focused on. So when I recently wrote about whether VR and AR are worth your time as a business leader, maybe you weren’t surprised I landed on the “pro” side of the coin.

But when it comes to emerging technologies like VR/AR, I know that seeing is believing, and there’s no substitute for solid, real life examples. So, let’s look at a few industries where VR/AR technology is being implemented and how it’s helping to push boundaries.

As cities across the country are looking for ways to improve traffic, transport, urban development, policing, mental health and a number of other localized concerns, VR/AR are becoming important research and visualization tools. For example, decision makers can interact with full-scale, immersive cityscapes in VR, making it easier to plan special land use and make permitting decisions.

​For businesses starting to get excited about VR/ AR, the possibilities are endless

VR/AR technology has become more widely accessible and affordable in recent months, but of course that doesn’t mean outfitting all of one’s employees is an easy lift. That’s why, in cities with strong innovation scenes, startups and other companies with limited budgets are sharing resources to research and innovate with VR/AR on a shoestring budget. In conjunction with Dell, one tech incubator in North Carolina, American Underground, is giving local startups access to VR/AR “labs” with numerous high-performance machines and headsets to promote innovation and collaboration in fields like architecture, real estate, automotive, retail, manufacturing and education. They’re also training people in their communities to use these technologies in the hopes of inspiring the next wave of VR/AR-related companies and knowledgeable users.

In the coming years, VR/AR is poised to change the way we learn. Where once training for a job or learning a skill meant classroom study followed by sometimes dangerous on-the-job training, companies are reimagining the way the trades learn with cutting-edge 3D simulations and VR-enabled troubleshooting scenarios. Interplay Learning has helped more than 70,000 people build key skills, including teaching workers how to install HVAC and solar energy systems using simulations. Obtaining VR/AR equipment may have costs associated, but it’s nothing compared to the wear and tear and damage new trainees can put on actual equipment.

It’s interesting to note that VR/AR is often lumped in as one of the technologies that could eliminate jobs. I think it’s more likely it will help us evolve as a workforce. Suddenly, there’s an easy and inexpensive way to get hands-on training for almost anything we want to do. In the same way England used to be a nation of ship builders, who then became coal miners, and so on, people will change and evolve, and VR/AR will help. Imagine how immersive VR/AR experiences could drive efficiencies in the recruitment and onboarding process, or how it could help you to visualizing and familiarize yourself with new environments, concepts, or scenarios without leaving your office chair. Even the aging workforce stands to reap immense benefits from immersive training on new skills to keep their toolsets honed and up to date. As with most technological change, it’s important to stay up to speed or risk being left behind. From chalkboards to smart boards to VR headsets, technology’s influence on education and training is ever-evolving and demands attention.

Some of the most exciting applications for VR/AR are in the health field, where several innovators are finding genius ways to use these technologies to improve outcomes.

Being inside an MRI machine can make people feel anxious or even panicky, especially if they suffer from claustrophobia. Beyond the emotional downsides, this is also an issue because when patients have fear responses while getting an MRI, it can affect the quality of their results. Doctors are using VR to prepare patients, especially children, for the MRI experience from the comfort of their chair, making it easier to stay calm and composed when it comes time to actually go into the MRI machine. In addition, others are experimenting with using VR to correct brain segmentation errors on MRI scans – solving an area in neuroimaging to further understand some neurological disorders.

Dr. Skip Rizzo’s team from the University of Southern California Institute of Creative Technologies are also using VR to treat post-traumatic stress disorder (PTSD) among military veterans via Bravemind. Bravemind immerses veterans in realistic, virtual scenarios representative of their traumatic experiences in a controlled format. Therapists can use the simulation as a tool to help the veterans work through their anxieties and responses in a safe environment. Skip’s research team are also helping to train and prepare soldiers before they go into battle in order to prevent injuries, and give medical teams “practice” in setting up hospital tents and treating soldiers in a tactical environment.

Other use cases include the Emerging Analytics Center (EAC) at the University of Arkansas at Little Rock. EAC has launched a VR software, Anatomical Eyes, in which users can dissect a life-size cadaver using pinch gestures. In addition to Anatomical Eyes, Dr. Carolina Cruz-Neira of the EAC designed CAVE (Cave Automatic Virtual Environment) technology. The CAVE is a video theater in which the walls are made up of rear-projection screens or flat panel displays. Using 3D glasses, the person in the CAVE can get a realistic 3D experience, where objects float in the air and can be seen in 360-degree realism by walking around them.

For businesses starting to get excited about VR/AR, the possibilities are endless. There’s a real opportunity to identify efficiencies in all industries and map out solutions for problems before they arise. Experimenting now will help your business to stay innovative, gain experience in VR/AR technologies, push boundaries, and stay ahead of competitors.

A Call for More Consistent and Better Customer Experiences

The Evolution of the Matrix

How Blue Shield of California implements finance technology in...