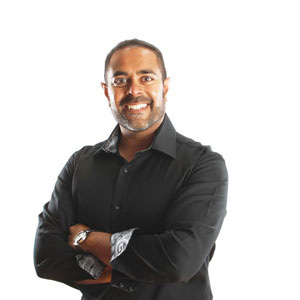 Dipak M Patel, Co-founder & CEO
Mobile video has transitioned the content consumption patterns in the Media, Entertainment and Sports (MES) industries from passive viewers into engaged users. Now immersive media, which includes Augmented Reality (AR), Virtual Reality (VR) and 360° videos, will be instrumental in driving this shift. Furthermore, the demand for engaging experiences for fans and audiences is increasing. Although MES companies seek to improve fan engagement using immersive media, they are confronted by the absence of suitable approaches to drive sustained engagement and opportunities to monetize immersive content—directly or indirectly. Bringing MES organizations and their audiences closer, through AI and cognitive computing to deliver immersive media such as VR/360° video is Zeality. “We partner with our customers to transform their fans or audiences from passive consumers to engaged users. Zeality’s technology platform drives interactivity and deeper connection around immersive content on iOS and Android applications with tremendous potential for monetization,” says Dipak M. Patel, Co-founder and CEO, Zeality.

Zeality holds the distinction of having designed and developed the industry’s first ever cloud-based platform for integrating immersive media linking content, social engagement and commerce — the Immersive Media Engine (IME). The IME features a user-friendly management console that allows owners to manage and measure the effectiveness of their content. The differentiator for IME however, lies in Zeality’s unique patent pending features. Re/Lives—released earlier this year, allows users to create reaction videos while inside a 360° video. Using their device's front-facing camera and audio to record, users can easily share their viewpoints on social networks. Interactive objects or ‘Gems’, Zeality’s newest feature, super charges engagement by overlaying tappable areas that users can interact with. Play a scavenger hunt, view an ad or teleport into another video experience all through the use of Gems. “It is a complete leap forward which allows fans to lean in and participate in 360 videos. Early metrics have reported a 3x increase in overall fan engagement. Plus our features drive repeat views and extend the shelf-life of 360 content changing its fundamental economics,” states Patel.

2017 began well for Zeality with the success stories of the San Francisco 49ers implementing their IME being replicated with San Jose Sharks. The professional ice hockey team is collaborating with Zeality to enhance their fan experience through immersive media. The momentum continues to build as more teams from the NFL, NHL, MLB, NCAA and global sports organizations are engaging with the company. Taking cognizance of Zeality’s progress, notable industry thought leaders with expertise in cognitive computing and data analytics have joined the Zeality family, giving it a significant edge. Patel predicts the convergence of cognitive computing and immersive media to eventually personalize fan engagement.

Description
A technology company that focuses on delivering VR/360°, AR and cognitive computing technologies that drive and deliver new fan engagement solutions across all connected devices for the media, entertainment, and sports industries 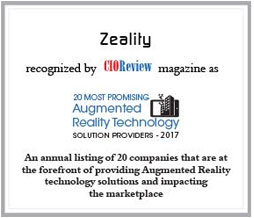 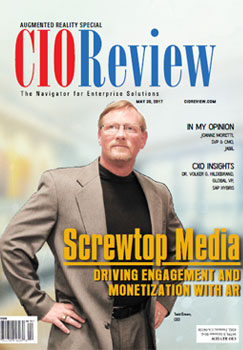